Call for Nominations for the 2020 Tim Dinsdale Memorial Award 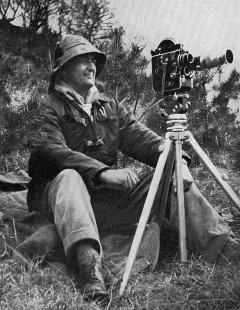 This is an official call for nominations for the 2020 Tim Dinsdale Memorial Award, presented by the Society for Scientific Exploration (SSE). The Award is the only formal recognition for significant contributions made to the expansion of human understanding through the study of unexplained phenomena. The award is not restricted to SSE members.

Established in 1992, the Dinsdale Award is named in memory of Tim Dinsdale, who obtained striking evidence of unexplained animals in Loch Ness in 1960. Over the next three decades, Dinsdale's quest to understand what he documented was a model of meticulous research, rigorous methodology, and proper scholarly attitude. Through the Dinsdale Award, the Society for Scientific Exploration identifies and rewards senior scholars who have made substantial contributions to the understanding of physical, biological, and psychological anomalies with the scientific integrity exemplified by Tim Dinsdale.

Nominations for the 2020 Tim Dinsdale Memorial Award should include a clear description of the nominee’s relevant efforts and their impact, and why you believe he or she deserves the Dinsdale award. The nominator must be an SSE member, and the award is given only to researchers who are still living.

Nominations will be considered by an ad hoc committee comprising Garret Moddel (chair), Henry Bauer, Mark Boccuzzi, Brenda Dunne, and Bill Bengston (ex officio). Please send your nominations and supporting material to us by March 14, 2020 via email — [email protected], with “Dinsdale” in the subject line.