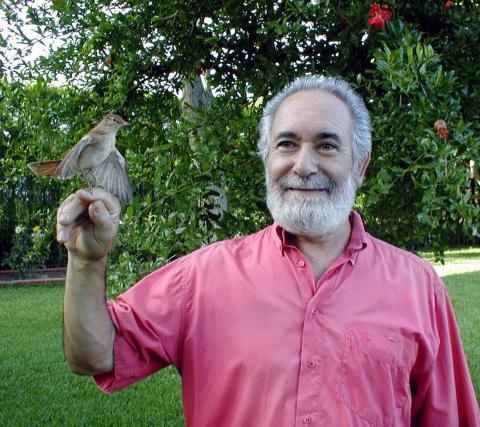 Decades ago, a research paradigm emerged for studying precognition on an unconscious level by measuring human physiological responses in advance of being exposed to positive or negative stimuli from a randomized source. These “presentiment” (or anomalous anticipatory activity) studies suggest that precognitive ability does not depend to a high extent on human intellectual capabilities, but may be more connected to emotional or unconscious physiological states. The successes of these studies have inspired replications by many scientists around the world, culminating in a landmark meta-analysis published in 2012.

Since 2010, biologist Dr. Fernando Alvarez of Sevilla, Spain has been adapting the methods of presentiment research to the animal kingdom, looking first at the behavior in finches, and then in recent years, planarians (a type of flatworm). In the latest issue of the Journal of Scientific Exploration (JSE), Dr. Alvarez took this research a step further by investigating how experimenter psi might influence the results of such studies.

Presuming that experimenters have an interest in the success of their work, the concept of “experimenter psi” suggests that experimenters may unconsciously use their own psi (psychic) abilities to fulfill their desires for the outcome. Noting his previous successes and failures in eliciting psi in his animal research, Alvarez’s hypothesis was that precognition would manifest when he, as experimenter, was an active participant during research trials, but not when he was passive player in an automated design.

Planarians are a photophobic species, so in order to create randomized negative stimuli, Alvarez constructed a darkened trough with LED lights at each end. At five minute intervals, a random event generator (REG) would determine which end would be lit. Planarians are expected to recoil from a light source, but one might observe anomalous anticipatory activity if the planarians start moving away from the soon-to-be lighted end of the trough in advance of the REG outcome.

How do we explain the apparent experimenter psi in this study? Could the experimenter perhaps have made the RNG produce a non-random choice convenient to his desires? Was the experimenter’s desire to confirm his hypothesis stronger that the planarians desire to avoid light? To make sense of these results, Alvarez suggests “abandoning the classical signal-based model in favor of physics-based approaches of non-local theories, which appear more in consonance with the often elusive facets of psi phenomena.”

The JSE is the quarterly, peer-reviewed, open-access journal of the Society for Scientific Exploration (SSE). Since 1987, the JSE has published original research on topics of interest that cover a wide spectrum, ranging from apparent anomalies in well-established disciplines to rogue phenomena that seem to belong to no established discipline. Join the SSE to support the Society’s commitment to maintain an open professional forum for researchers at the edge of conventional science.