Material, energy, and consciousness, the three major foundations of the universe 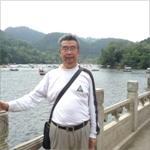 Material, energy, and consciousness, the three major foundations of the universe

One, the world is the basic particles of matter.
These look like particles are actually tiny strings BiGeJuan, said closed strings. Closed string vibration and the spin fluctuation phenomenon, and the formation of different vibration and spin motion will produce different kinds of elementary particles.
That is to say, the scientists found that more than 60 kinds of basic particles, are due to the different vibration of the string and spin motion generated by the results.

Three, the basic particles are "spiritual", the probability of each particle "superposition state" in the presence of a "perception", once the particles with another particle to establish a quantum entanglement, the two particles have a sense of connection, a sense of the basis, can remember, identify and perceive the presence of each other, the establishment of a super time and space information.

Five，The development of universe follows two basic laws:
The inertia of the material (inertia) spontaneously makes nature changes toward the direction of chaos and disorder; while the consciousness of material enables the development of nature is toward the order. This is a pair of contradictory movement, and everything must follow. In the contradiction movement, energy can be changed, orderly movement consumes energy, but the total energy remains the same.
……
1. Nature of all the material particles innate maintain its original state of inert (inertia), so in the natural state, such as allowing free particles in random motion, then the movement of the particles of the universe, to completely irregular, completely random direction. The total energy of the universe while remained unchanged, but the universe is composed of a wide variety of energy, are to comply with the principle of the lowest energy, flow from a low height, because energy is lower and more stable. Such as mechanical energy, chemical energy, nuclear energy, life...... And with these energies associated with various kinds of sports will gradually into heat energy, a thermal motion, finally high temperature heat transfer to the low temperature, and ultimately achieve thermal equilibrium state of everywhere in the same temperature, cosmic entropy (disorder degree) tends to maximum, a permanent state of universe in the dead universe hot silence state.
Two examples are cited to illustrate this phenomenon:
During the class break, if children are allowed to have free activities on the field without any disturbance, their distribution and activities will be irregular and out of order on the field.
If nobody to clean the room or office area, it is not possible to become more cleaner (ordered status), it is only possible to be more messy (disorder).

2, due to the role of consciousness, the movement of particles will develop in an orderly way, in a certain time and space range, some particles will appear some arrangement of the system combination form.
Particles from disorder to orderly change, is the need to consume energy, will occur between energy, that is, from the outside to absorb the energy of the part (not all) to transform into a combination of particles with the corresponding effective energy, the remaining energy, will have a more disorderly state returned to the outside world.
Consciousness is the movement of the particles which is transmitted through the information. The more regular, the system structure of the particles is from the low level to the high level, from simple to complex, from the inorganic combination to the organic combination.
With the combination of particle system and complex, the overall ideology of particle composition is formed by low to high development, such as life and genetic phenomenon, the emergence of human brain tissue, and the development of consciousness, there is intelligence quotient, EQ, and so on.
A word,
The consciousness of matter is the need for energy.
Its activity on the one hand is to make the material system from the disorder to the orderly development of the orderly, the consciousness will also follow the development of the structure of the material from the lower level to advanced, from simple to complex directions.
On the other hand, the consciousness is not to convert the absorbed energy into effective energy, but only part of the conversion, the remaining invalid part is more confused energy form, return to the outside world, increasing the degree of disorder and chaos.
That is to say, the nature of the orderly st ructure is the rest of the more disorderly exchange.
When a system (or part of it) becomes more ordered, there must be another system (or part) to become more disorderly,
Simple example: industrialization can cause environmental pollution; the development of human society, the improvement of the degree of civilization, is to destroy the natural ecological environment as the price. With the development of society, the improvement of productivity, science and technology can realize the transformation of energy, but can not use 100%. In the process of transformation, there is always a part of the energy will be wasted.
Such as cars, gasoline containing energy can converted into energy of automobile engine, let the car galloped on the highway, but there are always accompanied by a large amount of thermal energy and waste gas was out of the car. Even more advanced technology can not be reduced to zero energy wasted energy.
"Effective energy" refers to the energy that can be utilized;
"Invalid energy" refers to the energy that is no longer able to use, and can be understood as the entropy.
The total energy of the universe is a constant, and every energy conversion, is bound to have part of the "energy efficient" become "ineffective energy", the entropy increase, so it is not difficult to deduce, effective energy is less and less, invalid energy is more and more.
......
One universe steps into death from the opposite directions.
(1), inert material spontaneous movement, the universe will change in the direction of entropy increase, eventually came to "heat death" last day.
(2), substance of consciousness activity, although can make part of the universe to orderly, but will make the remaining part of the universe more disorderly, is to accelerate the overall cosmic "heat death" the arrival of the day.
Consciousness will allow an orderly part of the universe to present pyramid development, the development of the high-end, material particles of the brain will be more and more complex, people will be more and more intelligent, more and more developed advanced science and technology, human creativity is more and more strong, remaking the world... Will eventually develop into what appearance,... The big bang singularity state (material and orderly limit state).
......

Six, the different universe because the material is different, the time and space is different, each other cannot carry on the energy and the information exchange, so these are the universe is the isolated system, the principle of the increase of the entropy, and the end to the hot end.
Each isolated universe, in order to contact, must complete the transformation of the universe particles or the conversion of time and space, must not use the time and space of the A universe to measure the time and space of the B universe.
Wormhole can realize different universe through and connect each isolated universe because wormholes can complete the matter particles and temporal changes.
Indicate:
In early years, Maxwell in order to refute the second is the law of thermodynamics, opposition to the isolated system will spontaneously move toward disorder, once thought of a Maxwell demon, this intelligent demon can turn disorder into order, which is suggestive of the role of consciousness in natural change, but he did not know that the demon is actually the material consciousness, or he was not aware of the nature of the basic properties.
In addition, Maxwell thought that the process of Maxwell's demon to order the disorder is not to spend energy, this view is wrong (the experiment has proved).

Eight, Heisenberg "uncertainty principle" tells us that any physical phenomenon, the phenomenon of elementary particles, with the watchers, goals and he is directly related to the observation instrument used, is not a purely objective things. In fact, let nature to the orderly development of consciousness, is determined by our idea, so the state of the material is linked to our idea. The empirical rules and theory should be the result of the combination of subject and object. Here, we can guess that the intelligence of the alien system will not have a different physical laws, and where the physics and we are as successful!

Nine, due to the role of consciousness, the movement of particles will develop in an orderly way, and in this process, the two principles are followed:
1, the particle from disorder to orderly change, will encounter resistance, need to consume energy, but the consciousness will always let energy follow the path of least resistance. This is the world from disorderly to orderly evolution of this radical direction, namely the principle of minimum energy.
2, the consciousness will strive to from the outside to absorb energy as much as possible to transform into ordered particle combination corresponding to the effective energy E, reducing the invalid energy E emissions, energy use ETA rate will continue to improve, i.e. let ETA = E / (E+e) increases, but always ETA < 1 but not ETA = 1.
These two principles exist widely in our actual production and life, we do any one thing, choose the best scheme are often save time and worry, the most convenient and effective, the energy-saving scheme.
These two principles are also suitable for biological evolution.
Experiments on the principle of minimum energy principle can be carried out:
Imagine a computer to solve a problem, there are a variety of solutions, namely, operating procedures. Computer energy can be measured, and the best solution should be the minimum of the energy used by the computer to execute the programs.

These views, to be quantified, complete and validated, is our understanding and study of the world view of nature and methodology.